ISLAMABAD – Health officials in Pakistan said Wednesday two more lawmakers have died after contracting the coronavirus, as the national tally of infections has risen by nearly 800% over the past month.

The pandemic hit the country of 220 million people in late February and has since killed about 1,700 Pakistanis, including five members of national and provincial parliaments.

Officials have confirmed several other lawmakers and ministers also are among more than 80,000 confirmed cases of COVID-19 infections.

The government data for April 30 had put the number of deaths and patients at just over 300 and 16,400, respectively.

Pakistan recorded 67 deaths and 4,131 new patients in the past 24
hours, the second highest single-day increase in infections after
Russia, where more than 8,500 patients tested positive for the virus.

Pakistan’s most populous province of Punjab is said to be the worst-hit by COVID-19 infections.

An official sample survey has concluded that about 700,000 people
might have been infected in the provincial capital, Lahore, the
country’s second largest city.

The findings suggested “no workplace, market and residential area … is disease-free” in the city of about 12 million people. 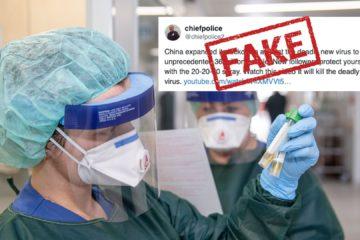 Communication is the key tool to success in every department of the world. Either you be a doctor, scientist, business owner or a regular wages guy. If you are good at communication then you will Read more…

How to save yourself from Coronavirus (COVID-19)